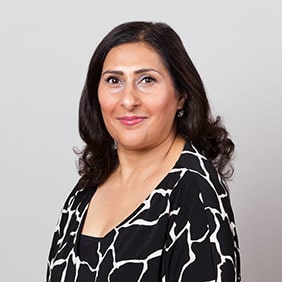 I am an experienced personal injury claims solicitor specialising in particular in accidents at work. I have a great deal of litigation experience having dealt with a number of successful trials.

I joined Hodge Jones & Allen from Thompsons solicitors in November 2010, having trained at Edwards Duthie. I have developed skills and experience across all types of personal injury work. My claims expertise includes cases against employers for unsafe place of work and unsafe systems of work, injuries due to lifting, tripping, work at height, faulty equipment, lack of personal protective equipment, failure to properly assess risks, failure to provide adequate training and/or supervision and violence in the workplace from colleagues and/or third parties

I have settled many highway claims for pedestrians and cyclists. I also deal with injuries sustained in a variety of public places such as shops, bars, restaurants.

I have dealt with disease cases such as vibration white finger and hearing loss, stress and bullying at work.

I have supervised other members of the Personal Injury department since 2005 and became a salaried partner in July 2012.

I am a recommended lawyer in Legal 500 2019 and was described as a lawyer who ‘has extensive experience’ and ‘understands how a personal injury claim should be run‘.

In my spare time, I love visiting art galleries and museums and going to the theatre and cinema. I enjoy classic and crime novels.