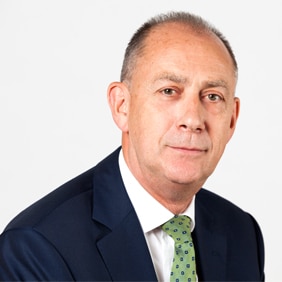 I have acted for injured claimants for more than 30 years and have vast experience in high value road traffic accidents, employers’ liability and occupier’s liability litigation.

I have worked previously at Thompsons, Rowley Ashworth, Fentons and Slater & Gordon and for the past 25 years I have specialised in industrial disease and asbestos disease cases. I have written for the Association of Personal Injury Lawyers journal and I am an APIL Accredited Occupational Disease Specialist and Asbestos Disease Specialist.

I have acted for numerous clients from asbestos charities in the UK and Australia and regularly attend the Asbestos Sub-Committee of the All Party Parliamentary Group at the House of Commons.

I acted for a retired teacher who spent her working life teaching science. After finishing her teacher’s training she eventually moved to the La Retraite High School in Sutton in 1972. The school was run by the Inner London Education Authority and they adopted the Nuffield Combined Science and Biology Syllabuses as a method of teaching science. This involved the far more practical involvement of pupils in experiments.

In the course of a each working day she would handle the asbestos mats placed under Bunsen burners as well as the asbestos impregnated gauzes used on top of the Bunsen tripods. Over time the mats became frayed and dust and fibres were given off from handling the mats. This was simply brushed off.

She started to develop symptoms of chest pain and after extensive investigation she was given the diagnosis of mesothelioma. I pursued a claim for damages against her former employers. Although they have never admitted liability, ILEA’s solicitors made an offer to settle her claim in full within 11 months of the diagnosis, but sadly she had died from the disease the day before, aged 72.

Her husband used the compensation to set up a fund in his wife’s name to help public awareness of this disease and to provide assistance and support.

I acted for Jonathan Woods, a forensic CID officer of the Anti Terrorist Branch of the Metropolitan Police, who attended the scene of the Brighton Bombing in 1984. He and his fellow officers, seeking forensic evidence, removed by hand tons of rubble and dust that had collapsed from the floors above into the basement. The dust raised by their work was so heavy that they often had to stop to allow the dust to settle as they could not see the floor where they were working.

For the first two days he worked without any respiratory protection. Two days after they started blue asbestos dust was discovered in the rubble and although the officers were provided with slightly better masks no adequate protection was provided for the remaining 14 days that they were in the basement.

Mr Woods developed Mesothelioma in 2015 and a claim was made against the Metropoiltan Police and Sussex Police as neither admitted liability for their failure to protect him. Within the court procedure for mesothelioma claims is an early hearing called a “Show Cause” hearing. At this hearing the Defendants have to show that they have reasonable prospects of defending the claim and it is used to force the Defendants t show their case or concede liability. Shorlty before that hearing the Defendnats admitted liability. Sadly Jonathan Woods died within days afterwards and the claim continues on behalf of his widow.

Although not an occupational disease case I am proud of the fact that I ran the case of Jolley v Sutton LBC all the way to the House of Lords. The case had been turned down by his previous solicitor as having low prospects of success. It involved a young boy who was crushed and left paraplegic when an abandoned boat fell on him. He and his friend were trying to repair the boat while playing on a council estate. Although we won at first instance the Defendants appealed and won in the Court of Appeal. We continued to fight the case and were successful in the House of Lords. The case has been widely reported as it is a leading case on the issues of foreseeability of injury in negligence.

My client was employed by the Ministry of Defence as a civilian employee at Chatham Dockyard, Kent between 1962-73. He worked as a shipwright on Royal Navy ships. He did refurbishment and maintenance work fixing and repairing steel plates and pipework. The ships had lots of asbestos lagging on plates and steam pipes running through them. This was disturbed when repairs were carried out, exposing my client to airborne fibres. He was not given any protection against the dust.

He became breathless in summer of 2017 at age 70 and when he was eventually diagnosed with mesothelioma in January 2018 he instructed HJA.

A claim was made to the Ministry of Defence within a week of instruction and while they investigated liability we obtained supportive reports from a medical expert who confirmed that my client had a very limited life expectation.

Court proceedings were issued to take advantage of the High Court rules for mesothelioma claims. The system fast tracks cases with a system of “show cause” hearings to help to separate those cases defended by simple denial and those where there is really an actual defence to a claim. In cases where the defendants cannot identify the evidence to show they have a real prospect of success in defending the claim the court will enter judgment for the claimant and order an interim payment. At the show cause hearing we obtained judgment against the Defendant and obtained an interim payment of £50,000. Directions were given and a date in November for a hearing to assess damages.

Our client had already undergone chemotherapy. Although his condition had remained stable no second line treatment is available for mesothelioma under the NHS. We had obtained a report from an oncologist recommending treatment with immunotherapy, at a cost of around £8000 a cycle, in the event that his condition started to progress. Although immunotherapy treatment is available under the NHS for lung cancer it is not yet available for mesothelioma patients.

In the weeks before the Assessment of Damages hearing our client’s condition started to worsen. We arranged for immunotherapy treatment to be started privately, using the interim payment he had received. The costs of each cycle of treatment were added back into the claim.

Prior to the assessment of damages hearing, the Defendant entered into negotiations and the case was settled for a six figure sum in addition to an indemnity, whereby the Defendant agreed to continue indemnifying the Claimant in respect of his future treatment costs. So far our client has responded to immunotherapy and he will be able to continue with private medical treatment for as long as it will be needed.

I acted for a man who was exposed to asbestos during incarceration as a prisoner between 1965-1971. During his time in prison he was put to work as a labourer carrying out extensive refurbishment work in the prison. Although still an inmate he was technically employed by the Prison Service and thus the Ministry of Justice during this work. He worked at all times under the direction and supervision of the prison officers and contractors. His work brought him into frequent contact with substantial quantities of asbestos dust and fibre from lagging on heating pipework.

In 2017, at age 76, he was diagnosed with mesothelioma. After discussing his work history and his exposure during his time in prison a claim was made to the Ministry of Justice. Medical evidence was obtained and a full schedule of loss prepared and sent to the MOJ. However they denied liability. They produced a substantial amount of documentation relating to later works carried out at the prison, however these also revealed some evidence of earlier asbestos within the prison which tended to corroborate my client’s version of events.

The allegation against the MOJ was that at the time of his employment asbestos posed a foreseeable risk of injury and that it was well known that mesothelioma could be caused by exposures to asbestos of shorter duration and at concentrations of dust lower than that required to produce other asbestos related diseases. The MOJ at all times owed him a common-law duty of care to prevent exposure or reduce exposure to all forms of asbestos to the minimum that was reasonably practicable from the commencement of his employment. The MOJ disagreed with our views of the claim and in view of their denial court proceedings were issued.

We had included with the claim the cost of future non NHS treatments for mesothelioma. This included the potential costs of immunotherapy, which is usually about £8000 a cycle. Fortunately my client’s condition had remained stable. The solicitors acting for the MOJ wished to discuss the case and a Joint Settlement Meeting was arranged. During the course of negotiations a six figure offer was put forward which included a lump sum to pay for future treatment. This option was accepted by my client who will now be able to control what future treatment he needs as and when it becomes necessary.

Diagnosis Of Mesothelioma – What Next?

Most people given the diagnosis of malignant mesothelioma will never have heard of this aggressive condition before, yet more people in the UK die from this disease than are killed on the roads. What is mesothelioma cancer?

Can I claim compensation for mesothelioma?

In order to claim compensation we have to be able to show that you were negligently exposed to asbestos fibres and that this exposure has caused your asbestos disease. Usually this occurs through occupational exposure to asbestos many decades earlier but it is still possible to claim even if the company is no longer in existence provided that we can trace their insurers. There is even a compensation scheme for those cases where the company has ceased trading and the insurers cannot be traced.

Dangers of Asbestos from Clothing and Legal Issues

We are seeing an increasing number of women who contract mesothelioma from asbestos and often without any occupational history of exposure themselves.Though women are perhaps less likely to have worked in the traditionally male-dominated heavy industries where direct exposure to asbestos was commonplace, they are at high risk from secondary exposure. One 1997 US study found that nearly half of the women who had contracted mesothelioma had suffered exposure due to household contact with individuals who worked with asbestos. Typically, the women did the family laundry and shook out the contaminated clothes before washing them, breathing in large quantities of asbestos fibres in the process.