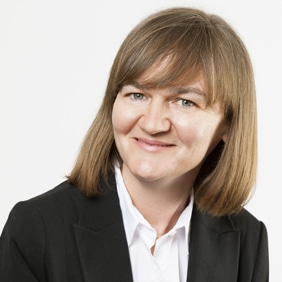 Anne is a highly experienced personal injury practitioner, she concentrates on complex injury cases, dealing with a wide range of matters including accidents at work, road traffic accidents, and public liability cases.

Anne has extensive knowledge of the Motor Insurers Bureau (MIB) Agreements and was formerly the Secretary of the APIL Transport Special Interest Group for four years.

Anne has developed her practice to specialise in neuropathic pain cases and her practice areas also include amputees, fatal accidents and acquired brain injury cases.

Anne puts the client at the heart of everything she does and her primary focus is early rehabilitation for those who have suffered catastrophic injuries.

Anne is committed to assisting clients in obtaining early rehabilitation and is an advocate of the Rehabilitation Code, jointly running “A Client’s journey through Rehabilitation” at the Neuro-convention in June 2018 with Ms Riffat Yaqub her fellow partner.

Anne Sanders considers the skills I have developed and honed as a Personal Injury Lawyer of 21 years. She has dealt with many complex serious injury cases, initially as a trainee supporting a partner but now, and for many years, as an experienced serious injury lawyer in my own right.

The Value of Amputation Compensation

We cannot ever truly put a value on the loss of a limb and the associated trauma and life-changing events...

Children aged 11 and under will no longer head footballs in training: England, Scotland and Northern Ireland

Following on from the news a few weeks ago that the Scottish Football Association (SFA) was to ban u12s heading the ball, new guidelines issued by the English FA, Scottish FA and Irish FA now mean that there will be no heading practice for children at primary school or in under 11s teams and below.