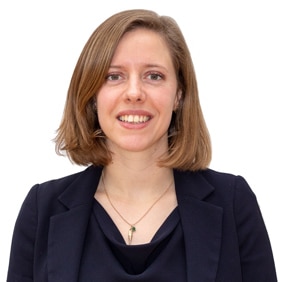 Laura is a dedicated defence solicitor and Crown Court advocate who thrives on the legal and strategic challenge involved in preparing cases for trial. She fights on behalf of her clients to avoid prosecution wherever possible, whether by challenging the evidential basis of an investigation or prosecution or by challenging a decision that prosecution is in the public interest.

No case should be dismissed as small or insignificant. The consequences of coming into contact with the criminal justice system can be huge even when the charges are not deemed to be serious. Having had a diverse caseload over the years, covering everything from minor offences to the most serious, Laura has developed a diverse skill set and become a better lawyer.

It is easy for people to get lost among the power struggle between the police, the prosecution and the defence. Laura focuses on preparation and communication, being honest and clear with her clients about their options. She prides herself in taking the time to make sure that her clients understand the process they are moving through and ensuring that they can retain a feeling of control in what can be chaotic and intimidating proceedings. This is especially important for people who are vulnerable by virtue of their age or health.

Laura has a particular interest in representing children and young adults and defendants with complex psychological and psychiatric needs. She believes that every contact with the criminal justice system leaves a mark. Fighting to minimise the impact on young clients is particularly important; their experience of the criminal justice system can determine their future. Laura’s clients have taught her to understand their experience and perspective.

Laura trained in a small, close-knit and very busy firm in Hackney, focusing on criminal and benefit fraud cases. She moved to Hodge Jones & Allen Solicitors to work in the criminal defence team that contributes so much to the firm’s excellent reputation.

Following on from a consultation launched last year, on 21 July 2020 the Sentencing Council published the new guideline for...

In the name of the vulnerable

On 31 March 2020 the Crown Prosecution Service (CPS) published an Interim Charging Protocol to deal with the demands on the justice system, with the aim of managing workload safely in a constrained context. With restrictions on staff, changing physical demands on the system and broader threats to public resources, the Protocol is supported by the Interim Case Review Guidance, which sets out how cases will be prioritised for charging decisions. Cases have been divided into ‘immediate’ cases, ‘high-priority’ cases and ‘lower priority’ cases. Immediate cases include those where there would be an application to remand the suspect into custody if charges followed, as well as Covid-19 related offences.

Caught in the act: defining actus reus where a defendant is unfit to plead

Criminal offences are made up of different elements that must be proved by the prosecution to secure a conviction. While not all aspects of an allegation may need to be proved (and it is rare that the prosecution would succeed in doing so), if the essential elements are not proved the defendant will be found not guilty. Much like a cooking recipe, there may be variations on a classic but there will be essential ingredients that define the recipe. You can’t make an omelette without breaking a few eggs as they say.