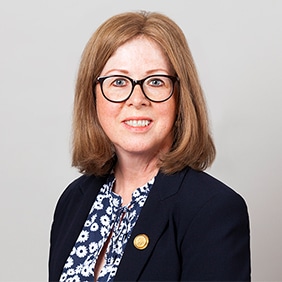 I trained at Ellis Peirs and Young Jackson and qualified in 1989; I have 25 years’ experience in private client work. I have spent virtually all of my career in private practice, although I spent a brief period working for two charities and also a firm of independent financial advisers.

I deal with complex wills, all aspects of trust and estate administration (including estates with a foreign element), preparation and registration of powers of attorney, wealth protection and planning. I have been appointed and acted as executor and trustee on many occasions. I much enjoy this area of the law and I am described as having a ‘very friendly professional style’.

I am a recommended lawyer in Legal 500 2019 and was described as ‘efficient beyond the call of duty, exceptional and proactive’.

Foreign films, football, scrabble, theatre and being taken for a walk by my dog.

Demand For Wills Jumps 76% In Two Weeks Due To Coronavirus

As the UK begins to adjust to the “new normal” that we face amidst the COVID-19 pandemic, many families are...

Keeping Calm and Carrying On: Wills & Probate Services during COVID-19

In these unprecedented times, the Private Client team here at Hodge Jones & Allen Solicitors wishes good health to everyone with the hope that life will return to normal as soon as possible. In the interim, we are very much still dedicated to helping those who require assistance, particularly those at risk who require assistance with their Will or Probate.

Is it safe to rely on the intestacy rules?