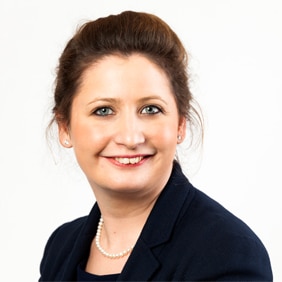 Caroline Liggins is an Associate in the Criminal Defence team and Head of the Youth Team. She qualified in 2009 as a non-practising Barrister and cross qualified as a solicitor in 2012. She has vast experience in representing youths from initial Police Station interview through to Youth and Crown Courts and the Court of Appeal.

Caroline understands the importance of building a relationship of trust and the need for continuity when representing vulnerable and young clients. She has a particular interest in clients with mental health conditions; she works with a wide range of other professionals in order to ensure that her clients are empowered to effectively participate in their defence and navigate their way through the criminal justice system as simply as possible. Caroline is an experienced trial advocate in the Youth Court and has defended young clients charged with GBH, rape and armed robbery. She has built a substantial client following and has been described by her peers as pragmatic, hardworking and attentive; demonstrating maturity beyond her years.

Caroline is seen as a leader in her field. She conducts and is regularly instructed in Crown Court cases involving allegations of serious crime. She has acted in cases concerning sexual offences, murder, assault, fraud, the possession or use of firearms and the possession of drugs. She liaises closely with expert witnesses and counsel, allowing her to carefully prepare a case and defend it aggressively, resolving matters swiftly and effectively. In the course of her career Caroline’s expertise has seen her regularly called upon to represent high profile individuals including bankers, sports and media personalities.

Caroline was asked to speak to the House of Commons, as a part of the Justice Select committee opposing the introduction of Knife Crime Prevention Orders and she currently sits on the committee for Youth Justice Specialist Panel and enhanced fees and Quality of Advocacy working group with the Ministry of Justice. She is often asked to talk at conferences on aspects of Youth Justice. She also provided the impetus for the formation of the Youth Practitioner’s Association (YPA) which aspires to promote and ensure proper representation for young people within the criminal justice system.

Caroline is a regular contributor on television and radio where she shares her insights on a variety of matters relating to youth justice and the criminal justice system. Due to her expertise in the area she has also been asked to review scripts for legal on screen dramas for various television channels.

Caroline enjoys going to the theatre and the gym, cooking and gin tasting.

On Tuesday the House of Commons will consider amendments to the proposed Offensive Weapons Bill. These amendments include the introduction of Knife Crime Prevention Orders (KCPOs) for those as young as 12. The introduction of what is being termed knife ASBOs is part of the government’s response to the increase of violent knife crime, which is being termed by many as a national crisis.

The role of intermediaries in youth crime

Intermediaries are generally qualified Speech and Language Therapists or Psychologists (often Child Psychologists) who are able to assist a suspect or Defendant with communication during a trial and sometimes during a police investigation interview.They are qualified professionals who are registered with the Ministry of Justice (MOJ).Why are intermediaries important?