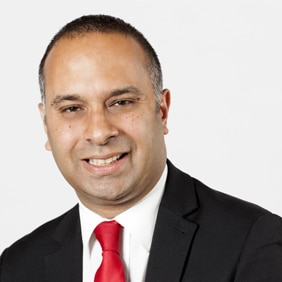 Raj is the Head of the Criminal Defence, Financial Crime and Regulatory Department. He is one of the country’s leading criminal lawyers with expertise in serious and complex crime, public order and financial crime. He is recommended in Chambers and Legal 500 describe him as “as a star. He is calm, clever and hard working. His easy, relaxed manner does not stop him from giving advice to a wide range of clients. He’s deeply committed to his clients – a leader in the field of protester work.” and “Raj is phenomenal – his level of client care is exceptional. He is a tremendous lawyer and a good advocate with a great presence in court.“.

He is the winner of the Criminal Lawyer of Year Award in 2012, (LALY), awarded by the Legal Aid Practitioners Group. As a Higher Rights Advocate, he has been shortlisted on 3 occasions as “Advocate of the Year” by the Law Society Excellence Awards, being commended in 2017. He has been shortlisted as “Criminal Lawyer of the Year” by the Society of Asian Lawyers in 2017 and 2018.

He has a significant niche expertise in bribery/corruption, having represented several executives and is the author of the Bribery Handbook. He acted in the “Stansted 15” trial which was labelled by the New Statesman magazine as “the most important political trial of our times”. He is one of a handful of specialist human rights specialists who can take on cases with political dimensions, he is s a regular commentator for BBC, Channel 4, Sky News, the Guardian and the Time Newspapers.

The Edward Colston statue: could the protesters be prosecuted and is there a defence?

This weekend saw Black Lives Matter1 protests held across the UK. On Sunday morning, protesters in Bristol tore down a...

The trials of Dominic Cummings and Boris Johnson

A week may be a long time in politics, but it is surely premature to close a criminal investigation of the Dominic Cummings affair.By way of reminder, should one be needed, last Monday, Durham’s Police, Crime and Victim’s Commissioner formally asked Durham police to investigate Mr Cummings for suspected breach of the Coronavirus Act1. On Tuesday it was reported...

Ill thought out, unlawful and unlikely to work – The Government’s Emergency Counter-Terrorism Legislation

Today (11 February 2020), the Government puts forward its emergency counter terrorism legislation. This legislation has been fast tracked in light of the London Bridge and Streatham terrorist attacks, where the perpetrators were released shortly before the attacks.