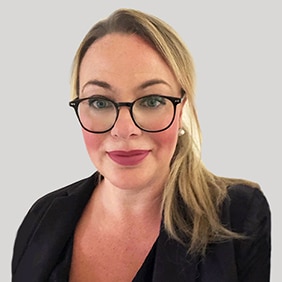 Sarah is a Partner in the Family team, having joined the firm in May 2020.

Sarah specialises in all aspects of family law with a particular emphasis on divorce and financial cases which often have a complex aspect to them such as cases involving foreign assets, trusts, corporate issues or third party disputes (intervenor claims). She also has significant experience in claims involving unmarried couples and cases involving claims for children pursuant to Schedule 1 of the Children Act 1989.

In addition to financial claims, she also regularly advises clients in relation to child arrangement disputes, often involving complex issues and allegations. These cases can often be very challenging for clients emotionally and Sarah appreciates the need to deal with them discreetly and sensitively.

Sarah deals with cases at all levels from the High Court to the Magistrates Court.

A prenuptial agreement is a formal contract between two people prior to marriage or civil partnership, which sets out how their finances will be organised in the event of the breakdown of the marriage.Prenuptial agreements (PNAs) are not formally binding in England and Wales. This is in marked contrast to many jurisdictions, including Scotland, the rest of Europe and in most other jurisdictions where PNAs are regulated by law and are therefore commonplace.

A summary of key developments over the last 12 months in children’s rights in UK Law Established in 1954, Children’s...

Not just a day in court for Johnny Depp: reflections on a lengthy court battle

Johnny Depp has today lost High Court case against The Sun Newspaper for publishing an article stating that he is a “wife beater”. Mr Justice Nichol found that the newspaper was justified in reporting that he was violent towards his ex-wife on at least one occasion during their relationship.