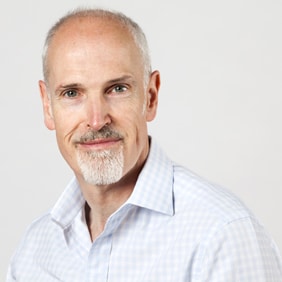 I am probably the only solicitor in the country who specialises almost exclusively in sexual offences. I developed an interest in this area of law some years ago, and am now in considerable demand from those who face sexual and related allegations. My practice includes internet and indecent image offences as well as ‘contact’ offences and allegations of historic abuse.

My clients are sometimes well-known individuals and are often professional people: doctors, lawyers, teachers and police officers among many others.
I fight hard for my clients, but I recognise that people in this situation don’t just face a legal problem; I try to deal with their cases holistically: being charged with a sexual offence is a trauma with associated family, employment and even mental health consequences. We try to take all these factors into account and I will often work on your case with one of my colleagues who specialises in professional conduct, employment, family or civil litigation. Its important also to get the right non-legal support and advice from a number of therapists or doctors I can refer you to.

In 2014 I co-wrote one of the main legal textbooks relating to sexual offences – Richardson and Clark: Sexual Offences – A Practitioner’s Guide published by Bloomsbury Professional Publishing and am currently working on a second edition. This sealed my reputation as the expert in sexual offence cases.

I am named as a Leading Individual by the Legal 500 and have been described as “technically brilliant” and “arguably the leading solicitor for sexual offence work”. I am recommended by Chambers as being “calm and reassuring with clients, very good at putting them at ease and helping them feel confident.” In Chambers & Partners 2019 I was described as deeply experienced in the field, with “encyclopaedic knowledge” of the law surrounding sexual offences. Sources say: “He really commands confidence in every situation.”

I am one of the few criminal solicitors in the Legal 500 ‘Hall of Fame’, which highlights individuals who have received constant praise by their clients for continued excellence and are at the top of their profession.

As well as dealing with mainstream sexual offences, I also deal with allegations around prostitution and the sex industry and I have dealt with a number of high profile cases of women accused of perverting the course of justice by making false allegations of rape. I have a specialised interest in the law relating to sexual freedoms and obscenity and have a somewhat niche practice advising commercial or professional organisations on their potential criminal liability for materials they may publish or have in their possession.

I have the benefit of being both an Advocate and a District Court Judge, a distinct advantage which brings with it an in-depth knowledge of law and procedure. I regularly represent my clients’ interests in both the Magistrates’ and Crown Courts.

I have also acted successfully in a number of complicated appeals against conviction, tracing fresh evidence and rectifying errors made in the original preparation of the case for trial.

It has now been almost one year to the day since 29 March 2017, when Sir Tim Barrow, the UK’s ambassador to the EU, under the gaze of a legion of reporters, strode up the President of the European Council Donald Tusk, to hand-deliver a letter signed by the British Prime Minister. The letter formally notified the EU of the United Kingdom’s intention to leave the EU under Article 50 of the Treaty of the European Union (TEU), beginning a two year withdrawal process from the EU.

Donald Trump’s executive orders banning immigration from seven Muslim majority countries and imposing an indefinite stay on refugees fleeing the humanitarian catastrophe in Syria has caused untold misery and legal uncertainty for tens of thousands.Mr August Flentje, lawyer for Trump’s justice department, stated that this exercise of executive power was ‘perfectly constitutional’, though the US courts halted the ban in its initial form.

With Halloween, fast approaching it’s highly likely that we will see further reports of incidents involving ‘killer clowns’ in the...