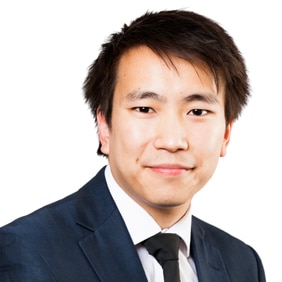 Jason joined Hodge Jones & Allen Solicitors in October 2012 where he trained and qualified. Jason has worked within medical negligence since 2011 and is passionate about advising vulnerable clients. He deals with numerous cases including but not limited to birth injuries, delays in diagnosis, dental claims and inpatient falls and fractures.

Jason participates in a variety of sports and am an avid supporter of Arsenal football club. He is a keen runner and regularly participate in organised events. Jason volunteered as a ‘Games Maker’ at the London 2012 Paralympic Games working in the athletes’ village. He also volunteers for various charities. In his spare time he enjoys watching and listening to music live with friends. Jason likes to travel and learn about different cultures and follow films closely.

Jason has a conversational level of Cantonese and travel to Hong Kong and Japan when I can.

Bereavement Damages – The Price of a Life – Updated

I previously wrote a blog on bereavement damages and what can be claimed following the death of a loved one as a result of someone else’s negligence. I also outlined the limitations of making such a claim under the Fatal Accidents Act 1976.However, since my original blogpost in 2017, one of these limitations has now been formally changed in law.

In litigation, there will always be certain legal elements that a Claimant will need to prove in order to be successful in their claim. Specifically in clinical negligence claims, these elements can broadly speaking be separated into four categories: that a duty of care existed; that the level of care provided fell below a reasonable standard; that the failure of care caused the Claimant to suffer the injury alleged; that this injury gives rise to pain, suffering, loss of amenity and any other financial loss (damages).

Bereavement Damages – The price of a life

Losing a loved one is one of the hardest things most people will ever have to go through. But losing someone due to the fault of someone else can make that loss all the more harder. Unfortunately that is the reality for many clinical negligence cases. Whilst compensation can never replace the loss of a loved one, it is one form of redress that the law offers. However those who are able to claim for such a loss is very limited. But things may now be about to change following a recent ruling by the Court of Appeal in the case of Smith v Lancashire Teaching Hospitals NHS Foundation Trust & ors.