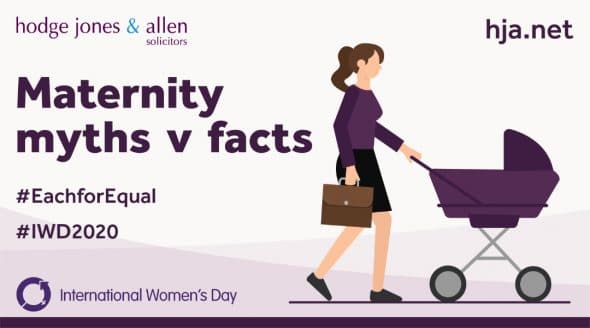 Putting the record straight on employment rights and protections

Latest Eurostat figures show that 74% of women in the UK are in employment. This has increased by 20% since 1993, when first surveyed. By comparison, the % of mums (of pre-school kids) who are working has increased by about 40% over a similar period (source: ONS).

Workplace rights and protections have also been enhanced significantly over the past few decades, mostly derived from EU legislation.

However, speaking to my Mum (and Dad), friends and clients, there is still a lot of misinformation and over-reliance on often ill-informed HR departments about what rights and protections exist.

Here are some answers to some key questions to put the record straight.

Can I be made redundant whilst I’m on maternity leave?

The answer is yes. The normal rules around fairness apply, so there has to be a genuine redundancy situation and a fair process followed. If the reason (or the principal reason) for your dismissal is related to pregnancy/maternity leave, then this would be automatically unfair and discriminatory.

Employers must be careful to ensure that any selection process used (or any consultation process followed) does not disadvantage employees who are on maternity leave.

Assuming it is a genuine redundancy and fair process has been followed, there is a special protection which it is important to be aware of. First, under regulation 10 of the Maternity and Parental Leave Regulations 1999 (MPL), if you have been selected for redundancy, you are entitled to be offered a suitable alternative vacancy (where one is available). This means being offered the role (being offered the chance to apply/interview does not suffice). Failure to do so could be an unfair dismissal, automatic unfair dismissal and/or maternity discrimination. This is effectively gives you priority-status over other employees.

Should I be getting my bonus and a pay-rise whilst I’m on maternity leave?

The answer is yes, but general speaking with a pro-rata reduction for maternity leave. If your contract has a bonus clause (which can include discretionary bonuses), the law infers a ‘maternity equality clause’ into the terms. This means that bonuses should be paid to employees who have taken statutory maternity leave during the bonus year. However, the bonus is only required to account for any part of the relevant bonus year:

Where the bonus is discretionary, an employer is bound by the duty not to exercise such discretion ‘perversely’ duty (this applies to employees on maternity leave just as in relation to employees who are not). Therefore, the contribution made by an employee on maternity leave for the period when she was at work should be properly considered in the calculation of bonuses.

Employers should also adjust or pro-rate individual performance criteria to take account of the time spent on maternity leave. Although largely untested in the courts, it is arguable that failure to do so would amount to pregnancy and maternity discrimination, indirect sex discrimination, and/or detriment.

I’ve returned to work – am I entitled to flexible working?

You’re entitled to request flexible working for any reason – not just due to being a parent or having someone else to look after. To be eligible though, you must:

Flexible working is not a right, but on your request your employer must consider flexible working as an option for you and can only refuse on eligibility grounds or for one or more prescribed statutory reasons:

An eligible request must be dealt with in a reasonable manner and the employer must notify the outcome to the employee within a three-month decision period.

Can I take more than the 12 months’ statutory maternity leave I’m entitled to?

It is possible for you and your employer to agree to a further period of time off work after the end of statutory maternity leave. Such a right may be given in the employment contract, or agreed on an ad hoc basis. You also have the option to delay returning to work by taking any accrued holiday leave.

After one year’s employment you are entitled to 18 weeks’ unpaid parental leave per child. You’re entitled to take this any time between the child’s birth and their 18th birthday. However, under the statutory scheme, no more than four weeks’ leave can be taken in any one year unless your child has a disability.