What is Modern Day Slavery? 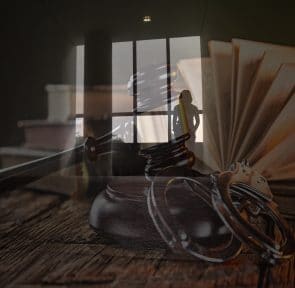 A prohibition of slavery and forced labour has been in place for many years. The European Convention of Human Rights came into force in 1950 and via Article 4 stated, “No one shall be held in slavery or servitude (or) required to perform forced or compulsory labour.”

Which law in England & Wales relates to Modern Slavery?

Various offences in England and Wales relating to this principle have now been replaced by those set out in the Modern Day Slavery Act 2015, which states that:

“A person commits an offence if –

The Home Office states, ‘Child Criminal Exploitation… occurs where an individual or group takes advantage of an imbalance of power to coerce, control, manipulate or deceive a child or young person under the age of 18. The victim may have been criminally exploited even if the activity appears consensual. Child Criminal Exploitation does not always involve physical contact; it can also occur through the use of technology. Criminal exploitation of children… includes for instance children forced to work on cannabis farms or to commit theft’

Examples of Modern Day Slavery in criminal law are varied and could include those born and brought up in the UK or foreign nationals being brought into the country. Either group can be forced to work with organised crime in areas such as : e.g.,

As indicated above, UK citizens can also be trafficked, for example by way of ‘County Line’ drug dealing or the carrying of weapons. County Lines often involves adults and children being used to transport drugs for sale and if these drugs are lost, via an arrest, a real theft or a staged robbery, the person becomes indebted to the drug dealer and forced to work off their debt.

Ofsted and Probation were part of a group that commissioned reports in 2016 and 2018: Protecting Children from Criminal Exploitation and Human trafficking. They noted that County Line drug selling is becoming a more recognised form of Modern Day Slavery; but also noted that it was relevant in regards to other offences such as carrying of weapons.

Why is it relevant?

Someone who has enslaved another can be prosecuted under the 2015 Act, and although prosecutions were very rare they are increasing in reoccurrence: according to a recent CPS report these totalled 185 convictions in 2017/18.

S45 of Modern Day Slavery Act 2015 states that there is a defence for the victim of slavery or trafficking if they commit a crime related to the Modern Day Slavery. For adults they must show that they were compelled by the Modern Day Slavery and they had no realistic alternative. Young people must show that the crime was of a direct consequence of their enslavement and that a reasonable person sharing their characteristics would have done it. Schedule 4 lists many crimes this does not apply to, however, which are as varied as criminal damage, assault with intent to resist arrest and certain types of burglary.

How do you prove someone has been enslaved?

The National Referral Mechanism states that a public authority has a duty to refer cases of suspected Modern Day Slavery to the National Crime Agency (NCA). If you are not part of a public authority, such as Social services or Youth Offending Team, representations can be made to the police or public authority who will then decide whether to refer. There is also a charity, Unseen who are able to offer translated advice over the phone about the system and support available.

How does it work?

A pubic authority will complete a referral form and send it to the NCA. If the person enslaved is an adult, their informed consent obtained. There is a list of indicators, suspected and confirmed, that may assist that the NCA in reaching a conclusion. The NCA will draft a report stating whether there are

This blog was written by Chloe Hartnell who practices Criminal Law and specialises in serious and complex crime as well as working with vulnerable adults and children. She is currently instructed on a number of “county lines” cases.