The inquest into the death of a 33-year-old man from Lowestoft in Suffolk has opened today. It is expected to examine whether opportunities to monitor and treat his chronic constipation were missed by the various individuals and institutions responsible for his care. 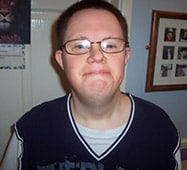 Richard Handley died on 17 November 2012 at Ipswich Hospital. He had Downs Syndrome and, at the age of 18, developed mental health difficulties. Throughout his life, part of his care had involved careful monitoring of diet and bowel movements because Richard was suspected of suffering Hirschsprungs Disease, a condition causing chronic constipation.

Until the age of 19, Richard lived with his family and then, in September 1999, a place was found for him at a residential care home, Bonds Meadow, Lowestoft. A care plan was devised, with input from his family, his diet was regulated and his carers diligently monitored his general health and, specifically, his bowel movements.

In 2010 the status of the care home changed, and whilst this should not have affected the care that Richard received it would seem that, unknown to the family, this knowledge of his specific care needs was lost and that careful monitoring was not in place.

On 12 November 2012, it was noticed that Richard’s abdomen was distended and hard. On the 14 November he was admitted to Ipswich Hospital with concerns about faecal impaction. Richard had an x-ray that showed colonic distension with faeces affecting the whole colon, which had led to his abdomen becoming massively distended.

It wasn’t until the 15 November that Richard underwent surgery where the surgeon removed 10kgs of faeces. Post-surgery, Richard’s condition did not improve, his abdomen remained distended, he continued to vomit and his vital signs deteriorated. Richard had an x-ray during the hours before his death that showed that he had a large bowel obstruction. During the early hours of 17 November, Richard went on to have a cardiac arrest. At post mortem it was found that the bronchi and nasal passages contained gastric contents and that it was likely that death was through aspiration of his vomit, due to his bowel obstruction.

The post mortem recorded as cause of death: aspiration of gastric contents, large bowel obstruction, and faecal impaction.

Sheila Handley, Richard’s mother said: “It is unbearable to imagine how much pain Richard must have been in before he died. We hope that, at last, the inquest will answer our many questions and concerns and that, finally, we will be reassured that there will be learning and change so that other people with Learning Disabilities are protected, and do not lose their lives through a similar catalogue of errors.”

Nina Ali, a medical negligence partner at London law firm Hodge Jones & Allen, is acting for Richard’s family. She says: “The inquest into the death of Richard Handley has been a long time coming, and his family have endured years of unanswered questions. Richard’s early death was entirely avoidable, and calls into question the treatment of people with learning disabilities within the health care system. We hope that the inquest will provide the answers that Richard’s family need.”