Hodge Jones & Allen Solicitors continues to grow and invest in its specialist financial crime work with the arrival of Tim Thomas from the FCA. Partners Ruth Harris and Kiran Mehta are promoted to jointly head the Financial Crime and Regulatory Team. These appointments come on the back of a period of significant growth for the firm having defended clients in a number of very high profile matters, including the Euribor and North Sea Oil contracts scandals. 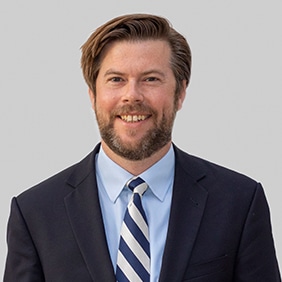 Since 2015, Tim has been working with the FCA, first in its Retail Regulatory Investigations team and latterly in its Criminal Prosecutions team. He is joining HJA as a partner in its financial crime and regulatory team.

His experience in defending against the FCA and on dual track investigations (regulatory and criminal) for the FCA means he brings unique expertise in the financial services sector.

Tim says: “Hodge Jones & Allen is an outstanding firm with highly committed and intelligent lawyers. The firm’s justice ethos was also a huge attraction, as was the opportunity to be part of its burgeoning financial crime and regulatory practice.”

Ruth has been a partner since 2010. For many years her practice has focused largely on defending complex white-collar crime matters. She advises individuals and companies subject to regulatory proceedings, criminal investigation and prosecution. She has advised and acted in high profile matters including an individual accused of LIBOR manipulation. Her recent and ongoing cases include defending large scale conspiracies to defraud alleging fraudulent trading and money laundering, as well as multi-jurisdictional asset seizures.

Kiran, a former winner of the Society of Asian Lawyers’ Criminal Lawyer of the Year Award, joined the firm in 2017. Kiran’s practice encompasses a raft of high profile and complex white-collar crime cases. He acts for professionals including company directors, doctors, lawyers, accountants and diplomats. Recent and ongoing cases include acting for one of the defendants in Operation Tabernula, the FCA’s largest investigation into Insider Dealing and acting for another individual in an FCA investigation into a conspiracy to defraud and the carrying on of regulated activities without authorisation by the FCA. Kiran is also instructed by a number of professionals including dentists and bankers in connection with regulatory breaches.

Fill out this short form and one of the Serious Fraud team will get back to you.