A group of home owners are taking legal action against the largest housing association in Europe after they were slapped with a £2 million bill for repairs.

Residents of The Ranwell West Estate, in London, were stunned when the multi-billion pound housing association – Clarion Housing Group – presented them with bills of up to £32,000 each when they already pay thousands of pounds a year in service and maintenance charges.

Several homeowners have had to sell their flats in order to pay the charges, while Clarion has told homeowners they will take a percentage of their property if they fail to pay.

Leaseholders at the estate in Bow, East London, have branded the charges ‘immoral’.

Residents claim that nothing was done to keep the property in good repair for several years – despite each flat owner having to pay more than £3,000 a year service charge – before they carried out work to the roof and pipes. Councillors raised the issue of disrepair over a decade ago.

But homeowners were left stunned when Clarion demanded the work be paid for by slapping a section 20 notice on the residents in short succession – which leaves them with no choice but to pay the bill. In addition there has been no reassurance that they will not get more bills.

Richard Manning, 40, a health and safety officer who lives in one of the towers said: “I think the way we have been treated is appalling, and it’s immoral. There are people forced into selling up or handing over part ownership of their homes to Clarion, as they are unable to pay or even challenge the bills they have been presented with.

“This is despite us paying around £3,000 a year in service charges. The building has been under maintained for years and it appears the bills we are faced with are to make good on things that should have been fixed years ago under general maintenance. People are being forced to hand over between six and ten per cent of their homes to the largest housing association in Europe to make up for failures in housing association management. This makes me incredibly angry.

“As a leaseholder you know that you will have a responsibility towards the upkeep of the building, which is fine. But we have been slapped with these bills, we don’t know if there are more coming and we cannot question them when they do come. Ultimately, all we leaseholders want is to pay a reasonable price for reasonable work.”

Old Ford Housing Association purchased the three blocks for a negligible fee from Tower Hamlets Council in 2007. They promised to carry out regeneration of the area within 10 years as part of the so called ‘Parkside Promises’. The towers were transferred to Circle Anglia, then Circle Housing, before Circle and Affinity Sutton merged to create the Clarion Housing Group.

The first bill came in in 2016 and work started in 2017. The second bill was delivered in 2017. Residents argue that the work would not have been so expensive appropriate maintenance had been carried out before the building got into a state of disrepair. 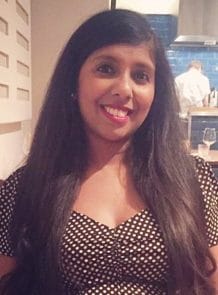 Mum-of-one Shilpi Purkayastha, 39, who now lives in Ilford and rents out her property in one of the towers, said she felt bullied by Clarion.

She said: “When this bill came along it was a stressful time as my dad had just died and I was on maternity leave. I explained the situation to the leasehold manager but didn’t feel she was very compassionate and she sent me a court notice in November last year.

“I spoke to her boss and he helped me set up a payment plan, but my mum went into hospital so my payment was a few days late. The next thing I know I got served with a court proceedings even though I had paid the bill. I just felt like I was being bullied. It is still frustrating how much we are being made to pay. When you see the state of the building the money we are being charged is ridiculous. We are paying the kind of service charges that you’d expect in Chelsea.

“We don’t know what we are paying for and I don’t think they should be able to take the amount of money that they have been. They need to justify cost and I am pleased we have teamed up to fight Clarion.”

Another resident, who is in his seventies, said: “When I saw the bill I was expected to pay I was horrified. That’s why we all got together to see what can be done. A lot of us are retired and we simply can’t afford these bills. Quite a few people have sold their properties since the bills came so they could afford to pay the charges. If you haven’t got the money in the bank you’re in trouble.

“So Clarion turned around and said that if we can’t afford it they could take a percentage of the value of our homes. That really got us. That’s when we decided to take legal action.”

Stuart Miles, a specialist housing disputes solicitor from Hodge Jones & Allen, who is representing 18 tenants, said: “Tenants in leasehold properties expect to pay towards the maintenance of the property they live in, but these bills are extortionate. It is our case that Clarion allowed the properties to fall into disrepair before they started carrying out the works, which resulted in higher bills. This has left many of the residents struggling to pay, with some having to move out as a result. This is unacceptable and we urge Clarion to review these charges.”