Woman Who Survived Breast Cancer Gets Disease Again From Implant

A woman who had a mastectomy after being diagnosed with breast cancer developed another form of the disease from a breast implant. 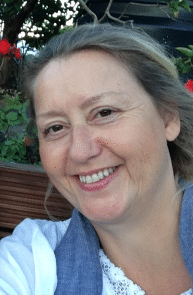 Joanne Saunders, 53, was desperate to have an implant after her mastectomy in 2005 to replicate what she had lost.

But the mum-of-one was left fearing for her life again when she was diagnosed with breast implant-associated anaplastic large cell lymphoma (BIA-ALCL) – a cancer linked to textured breast implants.

In a twist of fate Joanne, a journalist in the trade press, says she was only saved as the surgeon bungled her breast implant operation, leaving her with one breast bigger than the other.

“If my breasts had been the same size I probably wouldn’t be here today as I wouldn’t have noticed,” she said. “My breast with the implant had swollen to the same size and the doctor realised it could be a rare form of cancer brought on by textured implants.”

Joanne, from Worcester Park, Surrey, was diagnosed with breast cancer in 2005, had a mastectomy and underwent chemotherapy and radiotherapy. She had a breast implant shortly after her mastectomy and had the implant replaced twice – in 2007 and 2013 – because they had capsulated, or become hard. In 2016 she noticed her right breast, which had the textured implant, was swollen and she went to the GP.

“On one hand I feel like I must have been really bad in a former life,” Joanne said. “To get breast cancer once is unfortunate, but then to get cancer a second time from the implant is ridiculous. How unlucky do I have to be? My friends ironically call me lucky Jo.

“That said, if my boobs had been the same size I wouldn’t have noticed. I was also incredibly lucky to see a locum GP who knew about this rare form of cancer and sent me for a scan the same day. For a week I thought I was going to die, but then they said they just had to remove the implant and capsule and I would be okay. If I had waited much longer I wouldn’t have been so lucky as it would have spread.”

At least 615 cases of the disease have been reported globally associated with breast implants and 16 deaths. In the UK, where textured implants have been generally favoured by surgeons, there have been 45 confirmed cases of the lymphoma, and one fatality. It is estimated that the risk of getting cancer is one in 24,000 women with implants.

The cancer forms in the scar capsule around the implant and normally begins with pain and swelling in the breast. Women who have the implants and capsules removed can make a full recovery, but if left untreated the disease can spread throughout the body.

Joanne was just the 22nd person in the UK to be diagnosed with the rare breast implant-associated anaplastic large cell lymphoma, but she says it is a ‘ticking time bomb’ for all women with textured implants.

She said: “A lot of women are suffering breast implant related illnesses (BII) and it’s important that people are told how dangerous these implants can be. There is nothing to say whether or not these women may be diagnosed with cancer down the line. The problem is many women can’t afford to get their implants removed and private clinics won’t do that unless they pay for the operation, even though they could be getting cancer.

“It’s a ticking time bomb that could give a lot of women cancer. What’s making this situation worse is that the manufacturer and the surgeons are not warning women about the problem. It is incredibly important that women are told about these risks. I feel incredibly lucky to have survived breast cancer and then the cancer related to my implant. I feel like I’ve been given another chance at life, but others might not be so lucky.”

Joanne’s legal team has sent a letter of claim to Allergan, the manufacturer of the implants, about potential legal action against them.

Emily Welstead, a solicitor from Hodge Jones & Allen, who is representing a number of women in breast implant associated cancer cases, said: “Joanne survived breast cancer but to then get another form of cancer from a breast implant was a cruel blow. There is scientific evidence confirming that the type of breast implant, which Joanne had, causes cancer. She was not warned of the risk of this cancer and had she been she would not have had the operation. It is an acute concern that so many women have been exposed to this risk without prior informed consent. We will do all that we can to secure justice for Joanne.”