What is an infant approval hearing? 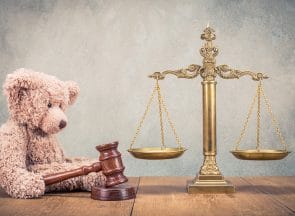 An infant approval hearing is sometimes referred to as a Damages Approval Hearing, and takes place after the court has settled a child’s injury claim.

Unlike in an adult’s personal injury compensation claim, it is not enough for the Claimant to simply accept a settlement amount and to then receive payment. In cases involving children, there is an extra step which involves court involvement. The child’s case needs to be put before a Judge who can confirm that the amount that has been offered by the Defendant is acceptable in the circumstances.

When a claim is made regarding a child’s compensation, there can be no final acceptance of the settlement amount without the approval of the Court. This is to act as a further safeguard for the child. The purpose of an infant damages approval hearing is therefore to:

Once a settlement figure has been agreed between the two parties and their legal representatives, the solicitors will prepare and submit the relevant paperwork so that it can be put forward for an infant approval hearing.

No settlement involving a child is valid without the Court’s approval, this is governed by Part 21 of the Civil Procedure Rules. The Judge has to ensure that the child’s best interests are being protected and a reasonable award is made.

5.1 of the Practice Direction sets out what needs to be included in general terms “Where a claim by or on behalf of a child or protected party has been dealt with by agreement before the issue of proceedings and only the approval of the court to the agreement is sought, the claim must, in addition to containing the details of the claim and satisfying the requirements of rule 21.10(2), include the following;

It is crucially important to include advice on quantum from Counsel, which will give the court advice on whether the amount agreed is reasonable or not and in any event make recommendations as to an amount which would be reasonable taking into account the nature of and surrounding circumstances of the injury, minor’s medical report, case law and the Judicial College Guidelines.

Litigation friend and their duties

The main duties of a litigation friend are:-

At the beginning of the hearing the Judge might ask the child or their litigation friend if they have recovered in line with the prognosis made in their medical report. The Judge will then consider the settlement amount and decide if it is approved. It is important to note that the Judge will never reduce an award previously agreed by the parties but he may, if he considers it appropriate, refuse to approve it unless the defendants increase it.

It will then be invested in the court funds office until such time as the child turns 18. An application can be made to pay the compensation amount into an alternative account, but the Judge only approve this if it can be reasonably shown that the amount will be paid into an account that is in the child’s name only and they are not allowed to access it until they are 18.

At this point it is possible to request an interim payment out of the settlement amount, although this will usually only be awarded if the Judge feels it is for the educational benefit of the child. If you want to apply for an interim payment to purchase something in particular then you will need to take some form of documentary evidence with you to the hearing, such as estimates of costs or receipts.

It is important to stress though that the money received as compensation is the child’s alone and cannot be used for any other purpose, even something that would benefit the child as well e.g. family holiday, new family car, new house etc.