You may have heard time and time again that there is a housing shortage coupled with affordability in purchasing a property which means that it is a landlord’s market, even with Brexit on the horizon.

Most landlords will instruct a letting agent to manage their properties. This presents its own problems because letting agents will charge the landlord for their services, but more importantly tenants are also lumbered with often hidden and unreasonable charges which they have to meet in addition to their rental obligations, which could include fees for: 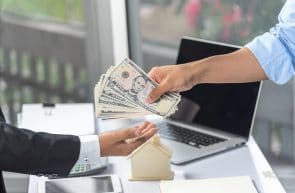 The Citizens Advice Bureau produced a report in 2009 about letting agents and their charges, called ‘Let Down’ which was then updated in 2015 with a further report called ‘Still Let Down’.

The findings concluded that fees varied widely from £6 to £300 for say checking references but that the total average fee was £337, with some paying up to £700.

In June 2013 Shelter published its own report called ‘Letting agencies: the price you pay’ which found “one in four people in England and Wales felt they
have been charged an unfair fee. Although agencies are contracted by landlords, it has become routine for them to charge renters for elements of the core service. For many, this creates a financial burden, adding to more general affordability problems for private renters.” It confirmed that over 60% of landlords engage the service of a letting agent so the majority of tenants are affected by these unfair fees. These fees are largely for the benefit of the landlords but fall on the weaker contractual party to bear, although sometimes there is double recovery when both parties are paying the agent for the same service.

In 2014 Shelter conducted a mystery shopping investigation of 58 letting agencies and found that the average fees charged was almost £350.

The law is therefore ripe for change.

When did the Tenants Fees Bill come into force?

With the mounting pressure from all sectors and organisations, Chancellor Philip Hammond announced in the Autumn Statement in 2016 that in response the government was going to introduce a ban on letting agents charging tenants admin fees.

Under the Act only ‘Permitted Payments’ will be chargeable to a (prospective) tenant. All other non-permitted payments will therefore be banned. Landlords and agents can no longer require payment as a condition of the grant, renewal or continual of a tenancy.

Permitted Payments will include:

How will this be enforced?

If there is a breach, there are a number of sanctions provided for under the Act, including:

Trading standards have been empowered to enforce the Act. A tenant can also apply to the First-Tier Tribunal to recover the payments prohibited under this Act.

Other legislative change will also follow to allow certain provision to take effect. The Housing and Planning Act 2017 will need to be amended to confirm that a breach of this Act will be a banning order offence which means that a landlord or agent can be banned for up to 1 year.

The Consumer Rights Act 2015 will need to be amended so that agents will need to publish on their websites details of their fees (and client money or redress scheme memberships).

How will this work in practice? Parliamentary guidance is expected in advance of the June deadline but landlords and agents are being cautioned to start reviewing their contracts and practices to ensure that there will be no default come June 2019 as there will be no periods of grace.