Do you own your loft if you live in a flat? 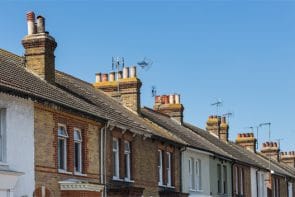 This question came up recently for a client of mine, and I imagine that most leaseholders are oblivious to this, but it becomes highly relevant when you want to sell or convert this into a habitable space. Accordingly, to a report by Nationwide which was published by the Guardian in 2016 a loft conversion can add up to 22% to the value of a property.

But before you start even thinking about embarking on the project of a loft conversion, it is vital to check ownership of the space.

The first starting point is to check the Lease as to the extent of your demise. But most leases may just have the property described as ‘third floor flat’ and this gives no indication of whether a loft is included or not because it has not yet been converted into habitable space.

If the description of the property includes the joists and floor structure between two floors then this may lend argument to a simple horizontal division of the block.

Any associated plans may also assist, although they tend to be for identification purposes only and will not prevail over verbal description or physical features on the ground.

You may also have to check other clauses in the Lease to ascertain this, such as who has access to the loft, who is obliged to maintain the loft, etc.

If it is clear that you own the loft, you should also be able to establish that you own the air space around the loft/roof (which will be necessary if you wish to build into it otherwise it could be a trespass). This was established in Davies v Yadegar (1990) and subsequent cases.

What are the practicalities?

This is a matter of fact and will vary from case to case. Have you (and previous owners) been using it as your own to store goods, maintaining the space (with the knowledge and consent of the freeholder), and is accessible only through your flat?

If you have in fact been using the loft (without the consent and knowledge of the freeholder) continuously for a long period of time, you may have a right to it by virtue of an adverse possession claim.

This is a case which illustrates the evidence one would need to persuade a court.

The case concerned an upper maisonette which had a flat roof into which were set skylights with domes projecting beyond the level of the flat roof. The landlord wanted to develop the roof to add it to neighbouring accommodation and the tenants objected. The judge decided that the roof was included within the demise due to four factors:

If it’s not clear whether you own the loft (and air space) then you may wish to seek a declaration from the court on the extent of your demise. This should be a last resort as litigation is not without its risks not mention the time and expense you will incur. Instead, you could approach your freeholder informally to see if this can be resolved by negotiation and a subsequent Deed of Variation to the Lease.

Other matters to consider

Even once you have ascertained you own and can convert the loft space, other considerations you need to be aware of include freeholder consent required for works, planning permission and building control, and likely impact on neighbours and the neighbourhood. Once completed you may also need to inform any relevant lenders and insurers.

Some flat owners may be tempted to just throw caution in the wind by converting the loft first, regardless of the above considerations, but this is highly perilous position to adopt because you could be directed to make good and remove any conversion works as well as pay costs and compensation; so this is not something I would ever advise a client to do.