On 20 February 2019 the Centre for Women’s Justice hosted an event on the topic of Coercive Control. More specifically the event discussed the case of Sally Challen who was convicted of murder of her abusive husband after 31 years of marriage. The panel included Professors Evan Stark and Vanessa Bettinson, Sally Challen’s son David, her barrister Clare Wade QC and Harriet Wistrich founding director of the CWJ.

What happened in the case of Sally Challen?

This case is a tragic one, however more than this it is demonstrative of the law’s continued failure to properly address issues arising out of the psychological and emotional abuse of people by their partners. This is a failure which disproportionately affects women. For hundreds of years the law, so often a blunt and inadequate tool to redress social ills, has been incapable of effectively criminalising emotional, financial, psychological coercion and to protect its victims. It was not until 1991 that the concept of “marital rape” was recognised by the courts. Not long later the law recognised the inadequately named concept of “battered woman syndrome”, extending the criminal defence of provocation to cases of gradual and systematic abuse (rather than requiring an act of violence immediately prior to the act). The offences under the Protection from Harassment Act 1997 criminalised stalking and harassment however did not apply in cases where the perpetrator and the victim remained in a relationship.

Although these steps were progressive in many respects, there nevertheless remained a lacuna allowing partners to continue their abuse without prosecution, especially when that abuse was non-physical. In this aspect, the law has lagged behind society’s understanding of the plural nature of domestic abuse that goes far beyond simple violence. 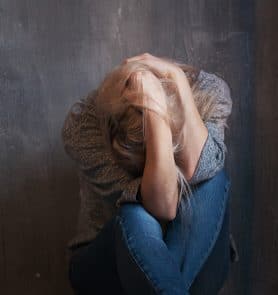 Illustrating this point, Professor Stark highlighted that of the victims of domestic abuse he had interviewed throughout his career, most did not emphasise the physical nature of their abuse but instead recounted the day-to-day control and psychological humiliation that they endured at the hands of their abuser. One stark example of this involved the requirement for a wife to record every single item of expenditure in a log book to be reviewed each evening by her husband. According to Professor Stark, it was not the beatings for failing to keep an accurate record that she recalled most vividly, but the humiliation and dread of having to report to her abuser every day.

Similarly in the recent documentary “Surviving R Kelly”, many of his alleged victims reported that their abuser would not allow them to eat or use the toilet without his express permission. In recent years social media has spread awareness of the practice of “gaslighting” or the act of convincing a partner that they are mentally ill in order to devalue their opinion and self-worth.

We are talking about domestic abuse as a society and identifying the mechanisms of abuse like never before and that must be a positive step in attempting to find a solution. However when you look at the latest statistics (see the 2019 Mayor of London report “Beneath the Numbers”), domestic abuse is on the rise with an estimated 246,700 adults aged 16 to 59 living in London having experienced domestic abuse in 2017/2018. To put that figure into context, the current “knife-crime epidemic” represents 14,769 offences in London during the same period.

It is with some relief therefore that Parliament enacted section 76 of the Serious Crime Act 2015 criminalising “controlling or coercive behaviour in an intimate or family relationship” and it may take some time for us to accurately record its effects whilst our prosecuting authorities learn to make best use of this legislative tool. However Sally Challen remains in custody and she is but one example of thousands of women, men, transgender, heterosexual, gay or other who have found themselves in an abusive relationship, enduring years of emotional, psychological, financial or physical abuse who could not endure it anymore. Hers was the first case whereby the concept of coercive control was argued as a defence to murder and the Court of Appeal’s decision to grant Sally Challen a retrial is undoubtedly another step forward (although not as great a one as a quashing order could have been), however we should all be taking notice of her re-trial later this year in the hope that victims of abuse are recognised for what they are: victims.