Children aged 11 and under will no longer head footballs in training: England, Scotland and Northern Ireland 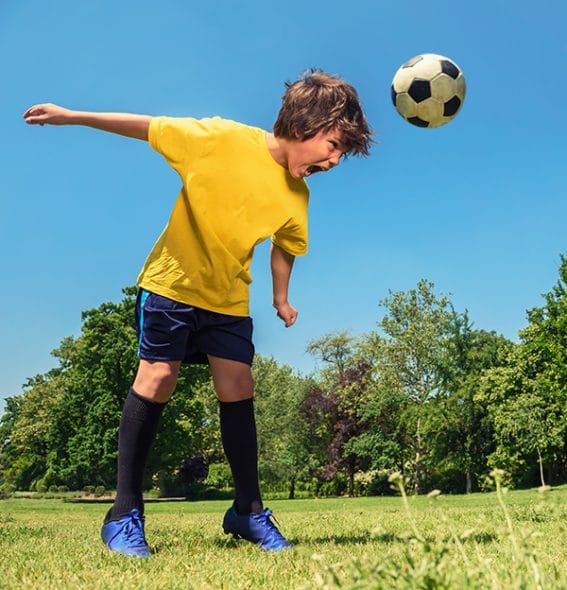 Following on from the news a few weeks ago that the Scottish Football Association (SFA) was to ban u12s heading the ball, new guidelines issued by the English FA, Scottish FA and Irish FA now mean that there will be no heading practice for children at primary school or in under 11s teams and below.

I rejoiced at this news as a parent of an 11 year old footballer.

I have for too long stood on the side-lines praying that my daughter not be required to head the ball in a match. Thankfully, I have only ever seen her be required to practice heading once in her 5 year career as a grassroots football player. But that is one time too many.

Children and Heading the Ball

The move, prompted by the SFA, is very welcome and follows the research from experts at Glasgow University who have been investigating fears that heading the ball could be linked to brain injuries.

Dr Stewart who led the study stated that “Our data show that while former footballers had higher dementia rates, they had lower rates of death due to other major diseases”

Children and adolescents are more susceptible to a brain injury and are likely to take longer to recover and will have more significant memory and mental processing issues.

I agree that we should stop our children (whose brains have not yet fully formed) from heading the ball in football training practice but why under 11s, why not under 18s?

US Soccer implemented a ban in 2015 for children under 10 and 11 -13 year olds have headers limited in training. Although the new guidelines are some way behind the American counter parts, they are welcome.

The new guidelines seek to mitigate any potential risks of heading the ball at a young age.

How to protect your under 11s

Make sure your child plays for an FA affiliated club to ensure that they have the best system of protection in place. Those who train your children will have a duty of care to them to make sure that these new guidelines are followed.

Stay with your child at the training sessions (don’t drop and run) then you know exactly what drills they are being required to undertake.

Increased awareness of the dangers of heading the ball and the risk of long term health problems are not only firmly on the agenda nationally but at grassroots something that every parent of a young footballer should take very seriously.