Can you sue your neighbour for damage caused by their Japanese knotweed on your property?

There has been a court ruling from the Court of Appeal dealing with whether an adjoining owner could be sued for nuisance and damage arising from the encroachment of Japanese knotweed (Network Rail Infrastructure Limited v Williams and Waistell (2018)).

What is Japanese Knotweed? 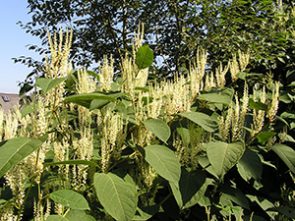 Japanese Knotweed (JKW) is a bamboo-like plant that is very strong and grows incredibly quickly. It can spread underground through its roots (or rhizomes). As it grows, JKW can block drains, damage paths and weaken walls. Many mortgage lenders since around 2012 will not agree to lend against a property that is located within seven metres of JKW. This makes it very difficult for existing owners to sell their property. The seven metre radius was set down in a Royal Institution of Chartered Surveyors (RICS) Information Paper from 2012.

Is having Japanese Knotweed a criminal offence?

Due to the speed at which it grows, and its potential to cause damage, there is legislation in place to manage JKW. The Wildlife and Countryside Act 1981 makes planting it a criminal offence. Further, the Environmental Protection Act 1990 and the subsequent Environmental Protection Act (Duty of Care) Regulations 1991 categorise JKW as “controlled waste” and provide that a licence is required to deal with, treat, and dispose of it. Failure to obtain such a licence is also an offence. As such, the removal of JKW should be undertaken by a licensed person or agency.

What were the legal facts of the case?

Mr Williams and Mr Waistell were neighbours at Llwaydarth Road. Network Rail owned the land directly behind their properties which had JKW on site for at least 50 years. A claim was issued by the neighbours for private nuisance on the basis that the JKW on the adjoining land had caused damage to their properties.

Whilst the JKW was held to have encroached on the neighbouring properties, neither party had in fact produced any evidence to identify physical damage.

Network Rail were criticised for their failure to treat the JKW from 2012 and also subsequent to the first complaints in 2013 when the treatment programme effected was unreasonable and ineffective.

This is a breach of a proprietary right, which might be

The Recorder felt that the (diminished) value of a property and hence ability to sell at full market rate was actionable and it was considered an interference with the use and quiet enjoyment of their properties.

The Court of Appeal clarified that this was not the case as “the purpose of the tort of nuisance is not to protect the value of property as an investment or a financial asset. Its purpose is to protect the owner of land (or a person entitled to exclusive possession) in their use and enjoyment of the land…”

But they did consider that the presence of JKW which was a ‘natural hazard’ given their damaging nature and therefore did affect Mr Williams and Mr Waistell’s ability to fully use and enjoy their properties.

Mr Williams was originally awarded £10,500 and Mr Waistell £10,000 and these sums were not interfered with by the Court of Appeal.

What are the legal implications of the decision in Waistell?

It is not clear if Network have the appetite to take the matter further to the Supreme Court, and if not then there could be a potential wave of claims by owners against their neighbours for nuisance arising from JKW, especially if that neighbour is a large corporation with deep pockets.

Since 2013 a seller is specifically asked in the Property Information form about whether the property is affected by JKW. If this is answered dishonestly then a buyer can potentially pursue the buyer for misrepresentation although proving this has its own hurdles as identification may not be possible without expert involvement.

But this question doesn’t address JKW on neighbouring land as was the case with Mr Williams and Mr Waistell.

If in doubt a more detailed home buyer survey should be undertaken and there is also knotweed indemnity insurance available for peace of mind.

What should you do if JKW becomes a problem?

I have seen first-hand the problems that can ensue with the presence of JKW. My sister was buying a property. Her buyer was alerted to JKW in their neighbour’s garden when they saw a company attend to treat the JKW. The buyer was luckily very honest about this and the sale was delayed whilst the buyer took out a treatment plan and then assigned the guarantee to my sister. She also had to notify the lender as well as 2 other neighbours whose gardens abutted her back garden, and insist that they also took out appropriate treatment plans to avoid encroaching damage to her property due to close proximity. If you are not sure what your rights would be you should seek legal advice as not doing so could become quite costly in the future should you ever encounter problems with your property or in the future want to sell it.

If you have been affected and would like legal advice, please contact our specialist team of dispute resolution solicitors in London on 0800 437 0322 or request a call back online.