Just under two years after the threat of huge probate fee increases were dropped, they are back on the horizon. Instead of a flat fee of £215 for personal applications and £155 for solicitor applications, the fees will start at £250 for estates between £50,001 and £300,000 increasing to £6,000 for estates of over £2m. At its highest level, this is an increase of over 2,600%.

A Grant of Probate

A grant of probate is issued by the probate registry to the executors named in a will (or a grant of letters of administration is issued to the administrators where there is no will) confirming their authority to deal with the assets in the deceased’s estate e.g. to close bank accounts, sell or transfer shares and property.

The probate court fee is paid to the registry and up until now, it has been intended to cover the registry’s costs of issuing the grant. There is no more work involved in issuing a grant for an estate of £100,000 than one of £1,000,000 and it is accepted that the current fee covers the costs involved. The reason for the increase is to help plug a shortfall in the costs of courts and tribunals service. So, the estates of the deceased are essentially propping up a service from which they get no benefit at all.

When these proposals were mooted in 2017, there was a consultation period, when the responses were almost entirely negative. Yet, despite that, here we are again – with what is effectively an additional death tax, whatever the government may call it.

The basic IHT allowance (the nil rate band) has been frozen since April 2009. The introduction of a residence nil rate band (in 2017) has been criticised for the fact that it discriminates against those who don’t have children or property and for its complexity. We have some of the highest estate taxes in the world and it seems that the bereaved will now be paying even more. 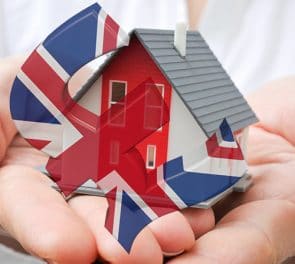 Some people might argue that the better off should pay more, but they do already, in that larger estates pay more Inheritance Tax than smaller ones. Also, what about cases where say a widow with young children is left a property (the family home) valued at £500,000 and cash of £5,000. Instead of paying a nominal fee of £215, she will now have to use half of her cash to prop up the court system or resort to selling the home where she and her children are living. Also, the fee will have to be paid before probate can be granted at a time when the deceased’s accounts would usually be frozen, meaning that the executor may either have to use their own money (if they can afford it) or borrow money, incurring more debt.

Inevitably, this will result in imaginative estate planning vehicles to avoid the need for probate. This may be by use of trusts, where assets are owned by trustees, rather than the individual, or something similar to the US system of lifetime trusts. None of this is straightforward – or cheap.

When these rises were proposed (at even higher levels) a few years ago, the House of Commons Joint Committee on Statutory Instruments argued that as this new fee was more like a tax, it was an abuse of the parliamentary process to introduce it by statutory instrument rather than by proper debate in parliament. This view is supported by others in the legal world; it is indeed a tax by any other name.

Fill out this short form and one of the Wills & Probate team will get back to you.