The Digitalisation of the Probate Registry

The Probate Registry have recently announced that, from 4 March 2019, the style of the grant of probate (the Grant) will change. Previously, the Grant was personally signed by a District Registrar or a Probate Officer and had an embossed stamp, whereas now the new style Grant will have:

Clearly, this change is designed to streamline the process of issuing Grants and make the Probate Registry more efficient. Very soon, many of the processes that are required to issue Grants, such as the review of statements of truths, could be automated leading to further efficiency and digitisation of the probate process. If the process of obtaining the Grant is automated could the administration of estates be automated too? 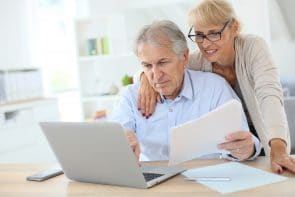 With indication that Blockchain is going to revolutionise ownership of assets there is no doubt that death has a digital future.

Blockchain, which was originally designed to track the trading of cryptocurrencies, is a system of recording transactions and ownership of assets. It is secure, precise, and trusted, and hopefully will lead to fewer ownership disputes. It has given rise to smart contracts (where refunds or compensation are automatically paid if certain conditions are met) and the Land Registry is also exploring its use for recording transfers of property. My view is, if the Land Registry can record transfers of land using Blockchain surely other assets that belong to a deceased can also benefit from it. Upon notification of a death, ownership of cars, bank accounts, investments, and shares can be transferred to the beneficiaries of an estate as set out in the deceased’s will. The notification of death too could be automated so that once the Grant has issued the DVLA, banks, share registrars (and anyone else) would, again using automation, be notified of the death and would transfer the assets to the new owners. Any Inheritance Tax that is due on an estate could be automatically calculated with the liability transferred to HMRC automatically (and recorded using Blockchain). It could take, from an average time of 6 months, a couple of seconds to fully administer an individual’s estate.

However, whilst the digital future of death is in reach there are a number of restrictions that prevent the above from happening. Firstly, individuals would need ‘smart’ wills, or digital wills, whose algorithms would enforce and transfer assets on death. The current law governing the validity of a will is set out in s.9 Wills Act 1837 and confirms that a will must be:

Smart Wills are, therefore, invalid under the current law. The possibility of updating the law surrounding wills was investigated by the Law Commission in 2017 and they are formulating policy to be released soon; under Australian Law, which is a similar Common Law jurisdiction, digital and informal wills can be valid. In Nichol v Nichol [2017] QSC 220 an unsent text was found to be a valid form of will. Whilst the case promoted the use of digital wills it also raised significant concerns over the future ability to commit fraud, for example by submitting fake wills to the Probate Registry. It would be nearly impossible to accurately confirm the authenticity of a digital will or testator/will maker. This risk of fraud would substantially increase if Grants were issued automatically.

Automation would also create problems for executors dealing with:

a) claims against an estate from a creditor under the 1975 Act;
b) deeds of variation (if beneficiaries wanted to vary their entitlements under a will/intestacy) and any resulting tax changes; or
c) claims of undue influence or lack of capacity on the part of the testator/will maker.

Whilst there are clear benefits to automating the issuing of Grants, and incorporating technology (such as Blockchain) in the probate process, there are significant risks and obstacles that need to be addressed before we can consider of a fully digital probate process.

Fill out this short form and one of the Wills & Probate team will get back to you.