The mother of a nine-year-old girl whose death may be linked to air pollution has applied to the High Court to quash her daughter’s inquest and grant a new hearing.

The Attorney General granted Rosamund Kissi-Debrah, the mother of nine-year-old Ella, the right to apply to the High Court last month as her first inquest failed to consider the impact of air pollution on her death. 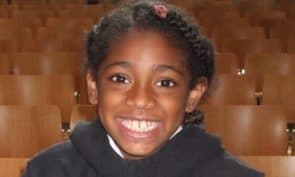 Ella, who lived by the congested South Circular Road in Lewisham, London, died six years ago today (February 15, 2013) after three years of seizures and 27 visits to hospital for asthma attacks. An expert last year linked her death to the dangerously high levels of pollution that breached legal limits.

Rosamund, who has campaigned tirelessly to get justice for her daughter, said: “This is the latest step in finding out if it was air pollution that snatched my beautiful and bubbly daughter away from me. While nothing will bring her back, I hope a new inquest will give me the answers I need and help hold those in power, who allow our cities to have dangerous and illegal levels of pollution, to account.

“It is simply unacceptable in this day and age that our children are dying because of the air that they breathe. I hope that Ella’s case will make the Government take the issue of air pollution seriously and will help prevent other parents from having to mourn the death of their child.”

Jocelyn Cockburn, Partner at Hodge Jones & Allen, who represents Rosamund, said: “We hope that the High Court will look favourably on this application and allow a further inquest into Ella’s death. Only then will the family get the answers it needs to help them understand what led to Ella’s death six years ago and whether it was avoidable.

“Furthermore, this case has wider implications – as in large areas of our country children continue to breathe in unlawful levels of air pollution. This investigation will shine a light on what the government is doing, or not doing, to clean up the air in the soonest time possible as is required by law and identify steps that must be taken to avoid future deaths.

Up until the end of 2010, Ella had been extremely active and in good health. Yet following a chest infection in October 2010, she suffered from respiratory issues for the remainder of her short life, being treated across five London hospitals for severe unstable asthma, resulting in 27 separate hospital admissions over a three-year period.

An inquest into Ella’s death at Southwark Coroner’s Court on September 26, 2014 concluded that her death was caused by acute respiratory failure and severe asthma.

Professor Stephen Holgate, an expert on asthma and air pollution, was instructed to carry out a report into her death. He said there was a “real prospect that without unlawful levels of air pollution, Ella would not have died” He also considered that the death certificate should be amended to reflect that air pollution was a contributory factor in her death.