On 30th January 2019 the Supreme Court handed down judgement in the case of P, G & W V Secretary of State for the Home Department [2019] UKSC 3 which considered the compatibility of the current legislative regime for the disclosure of an individual’s criminal history with the right to privacy under Article 8 of the European Convention on Human Rights.

Under consideration were the scheme that requires individuals to “self-disclose” information about their criminal history under the Rehabilitation of Offenders Act 1974 and associated regulations1 and the scheme that requires the disclosure of an individual’s criminal history by the Disclosure & Barring Service (DBS) via Criminal Record Certificates (CRCs) and Enhanced Criminal Record Certificates (ECRCs) under Pat V of the Police Act 1997 and associated regulations2 . 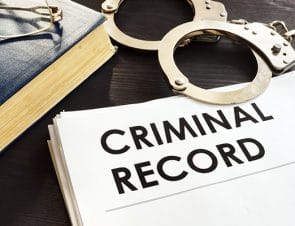 In 1999, P received a caution for the theft of a sandwich from a shop. In the same year, P was convicted of the theft of a book worth 99p and of failing to surrender to the bail granted to her after her arrest for that offence. She received a conditional discharge for both offences. At the time of the offences, P was 28 years old, homeless and suffering from undiagnosed schizophrenia which is now under control. She has committed no further offences. P is qualified to work as a teaching assistant but has not been able to find employment. She believes this is the result of her disclosure obligations.

In 1982, W was convicted of assault occasioning actual bodily harm. He was 16 years old at the time when the assault occurred during a fight between a number of boys on their way home from school. He received a conditional discharge, and has not offended since. In 2013, aged 47, he began a course to obtain a certificate in teaching English to adults. He believes that his chances of obtaining teaching employment will be prejudiced by the need to obtain a criminal record certificate for a job as a teacher.

In 2006, G, aged 13, was arrested for sexually assaulting two younger boys. The offences involved sexual touching and attempted anal intercourse. There was exceptional mitigation. The police record indicates that the sexual activity was consensual and “seems to have been in the form of ‘dares’ and is believed to have been a case of sexual curiosity and experimentation on the part of all three boys.” The Crown Prosecution Service decided it was not in the public interest to prosecute but suggested a reprimand. G received two police reprimands in September 2006. He has not offended since. In 2011, when working as a library assistant in a local college, he was required to apply for an enhanced criminal record check because his work involved contact with children. The police proposed to disclose the reprimand, with an account of the mitigation. As a result, G withdrew the application and lost his job. He has since felt unable to apply for any job requiring an enhanced criminal record check.

All three Respondents were successful in the Court of Appeal, which declared significant elements of the disclosure regime as being incompatible with their Article 8 rights. The case before the Supreme Court was the government’s appeal against those decisions.

The disclosure regime under the Rehabilitation of Offenders Act 1974 as it currently stands does not require disclosure if a certain amount of time – known as a “rehabilitation period” – has elapsed since the case was disposed of (the length of the rehabilitation period being dependent upon the disposal). The regime also stipulates that that an ex-offender’s right not to disclose a conviction or caution does not apply if disclosure is requested in order to assess his or her suitability for any of 13 “specified purposes”, but self-disclosure is not required if the caution or conviction is “protected” i.e. subject to the “filtering” rules under the Police Act 1997 and associated regulations (see below).

There are however two notable exceptions to these rules, one (the “serious offence rule”) which states that convictions and cautions for certain offences, be they incurred as a youth or an adult, will always be disclosed and another (the “multiple conviction rule”) which states that if an individual has more than one conviction for any offence then their entire conviction history will be disclosed. The Respondent known as P above was caught by the multiple conviction rule and the Respondents known as W and G above were caught by the serious offence rule.

All the respondents argued that the current regime violated their Article 8 rights. The right to privacy is a qualified right, which means that it can be interfered with if that interference is (1) “in accordance with the law” and (2) “necessary in a democratic society” (which is commonly expressed as a “proportionality” test). Lord Sumption gave the lead opinion for the majority and found that the current regime satisfied the test of legality and as such the interferences with the Respondents’ Article 8 rights were “in accordance with the law”, thereby reversing the finding of the Court of Appeal on this point. He then went on to consider the question of proportionality and framed the issue in the form of two questions: 1) whether the legislation can legitimately require disclosure by reference to “pre-defined” categories at all and (2), if so, whether the current boundaries of these categories are acceptable. The court therefore viewed the disclosure regime as a choice between one where disclosure occurred automatically based on pre-defined categories or one in which disclosure depended upon a mechanism of individual review. The court found that disclosure based on pre-defined categories was proportionate because (1) the final decision about the relevance of a conviction should be that of the employer, who is best placed to assess the individual circumstances; (2) there is limited evidence that employers cannot be trusted to take an objective view; (3) the 1997 Act scheme is carefully aligned with the disclosure scheme under the 1974 Act, necessitating a category-based approach; and (4) it would be impracticable to require a system of individual assessment. On the second question, Lord Sumption considered that, with two exceptions, the carefully drawn categories in the legislation are not disproportionate. The exceptions are the multiple offence rule and the disclosure of warnings and reprimands incurred when a youth.

The court found that the rationale of the multiple offence rule was that it could indicate to a prospective employer a propensity to commit criminal offences. It went on to find that the rule as framed is a particularly perverse way of trying to achieve that aim because it applies irrespective of the nature the offences, of their similarity, of the number of occasions involved or of the intervals of time separating them. The rule is therefore incapable of indicating a propensity and Lord Sumption concludes at para 63 that “a rule whose impact on individuals is as capricious as this cannot be regarded as a necessary or proportionate way of disclosing to potential employers criminal records indicating a propensity to offend.” The court therefore made declarations of incompatibility in relation to those provisions.

The court also found that it was a “category error” for warnings and reprimands administered to young offenders under sections 65 and 66 of the Crime and Disorder Act 1998 (replaced since 2013 by youth cautions under section 66ZA) to be included among offences which must be disclosed. The rationale is that the purpose of these disposal options is “wholly instructive” and their use as an alternative to prosecution is to avoid prejudicial effects later on in life. Disclosure of offences disposed of in this way was inconsistent with that rationale and therefore an error of principle. The court therefore made a declaration of incompatibility in relation to the provision of the Police Act 1997 which required mandatory disclosure of youth cautions.
The court however upheld the serious offence rule, thereby keeping a large part of the disclosure regime in place.

The decision is a welcome step in the right direction in this area. The disclosure regime’s capacity to produce unjust outcomes was often at its most egregious when individuals were caught by the multiple offences rule (which the case of P herself vividly illustrates) and the fact that the court has recognised the need for offences committed by those under 18 to be treated differently to offences committed when an adult will hopefully serve as a catalyst for meaningful reform of the law in relation to the disclosure of youth criminal records.

The decision does not however go far enough. The Court of Appeal found that the serious offences rule was also incompatible with Article 8 but the Supreme Court reversed that decision, which is a huge shame because the rule is also capable of producing grossly unjust outcomes in individual cases (as the case of W himself illustrates). The majority seemed unwilling to add the additional layer of complexity to the regime that would have come with the conclusion that disclosure according to pre-existing categories was unlawful and disproportionate, the court’s view being the decidedly utilitarian one that injustice in individual cases was a price worth paying for the certainty that comes with disclosure according to pre-existing categories.

This was not however the view of the entire court. In an astonishing and powerful dissenting judgement, Lord Kerr concluded that he would have made declarations of incompatibility in relation to all the contentious elements of the disclosure regime, including the serious offence rule, and unambiguously described the approach of Lord Sumption as “wrong”, commenting specifically at paragraph 190 that:

“These cases should not be consigned to the category of unfortunate casualties at the margins. They represent the significant impact that the current policy choice has on a potentially substantial number of individuals. It is entirely possible to draw the boundaries for disclosable information at a level that would exclude persons such as the respondents in this case. I consider, therefore, that the disclosure of the criminal records of the four respondents is plainly disproportionate.”

The case is therefore a significant step forward, but there is still a significant way to go and practitioners should be aware that the disclosure rules under the ROA 1974 and the Police Act 1997 currently remain unchanged. The declarations of incompatibility will need to be remedied by new legislation and until it comes into force the disclosure regime will continue to operate as it does now.