Violence against women is a global concern encompassing not only physical violence but also sexual violence, mental abuse, forced labour concerns, sexual exploitation, female genital mutilation etc. The impact of such violence varies but is ultimately a violation of the individual’s human rights.

UN Women work at a global level to raise awareness of violence against women, assist in developing national laws, supporting survivors of violence etc. They are at the forefront of this fight against violence.

One such campaign to raise awareness is called ‘Orange the world’, this is to symbolise a brighter future free of violence. Events are organised internationally during the 16 days of activism to end violence against women, which commence on 25 November, the International Day for the Elimination of Violence, through to 10 December, Human Rights day. Last year in support of this many international landmarks turned orange including the Empire State Building and the Pyramids at Giza. 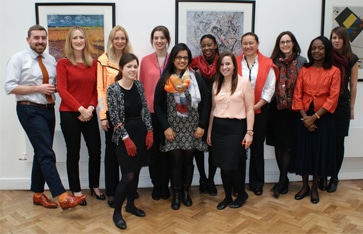 Whilst it is recognised that violence against women continues to be a global pandemic and cannot simply be eradicated, it is noted that prevention is possible and essential! There is no single reason why such violence occurs and therefore no simple way to stop the same. UNITE has found that 1 in 3 women worldwide have experienced physical or sexual violence, mostly by an intimate partner. Their campaign is to raise awareness about the ongoing problems and to urge people internationally to bring about change!