My engagement has broken down… Who gets to keep the ring? 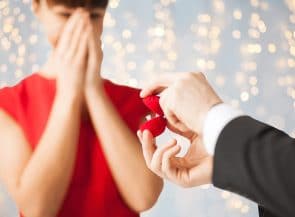 As Christmas approaches, many people may be getting ready to propose to their loved one and start the planning of their nuptials ready for the New Year. But sometimes an engagement does not always work out, which poses the question – who gets to keep the engagement ring?

Section 3(2) of the Law Reform (Miscellaneous Provisions) Act 1970 sets out the law on this matter and it is quite straightforward – an engagement ring is presumed to be an absolute gift, and therefore, belongs to the person who receives it. However, this presumption can be rebutted by evidence showing that the ring was given on the condition (either express or implied) that it should be returned if the marriage does not take place. In this case, the recipient would be under no obligation to return the engagement ring.

How can you protect ownership of assets, including an engagement ring?

It is recommended that if intended spouses want to be explicit as to who the engagement ring should be returned to, in the event of engagement/relationship breakdown, then a written agreement should be drafted and signed.