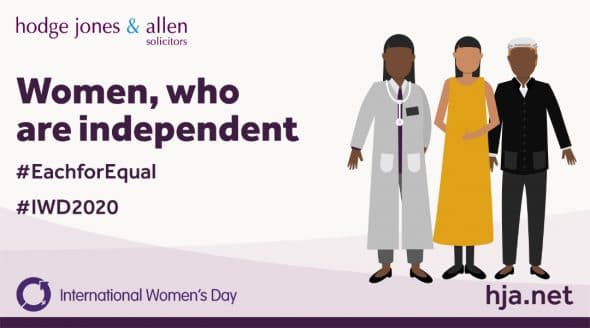 As a young man in his late twenties, it is hard to think of a time when women were not afforded the most basic of rights. Being raised in a culture that now celebrates women, it is absurd to think of a time when women were unable to vote, work, or even hold their own possessions. Whilst the playing field is far from even, in aid of International Women’s day it is a great time to reflect on how far women have come, particularly when it comes to Wills and property.

Whilst women today are free to hold assets and make Wills, this was not always the case. Before the 20th Century, women were highly encouraged to marry men in a bid to obtain financial security for themselves and any children they may have. But was it worth it?

In the eyes of the law at this time, married women were treated on the same footing as criminals or persons who lacked mental capacity. It was also under this legislation that, upon marriage, the wife and husband became one person under the law, as the property of the wife was surrendered to her husband, and her legal identity ceased to exist. All women were legally defined as falling under the “protection and influence of her husband, her baron or lord”.

Any personal property acquired by the wife during the marriage, unless specified for her use, went to her husband automatically. This meant that women who held previous assets, such as copyright or family inheritance, had to surrender this to her husband. A married woman at this time was also unable to draft a Will, or dispose of property without her husband’s consent.

Following years of political lobbying from working females unable to hold their own earnings, the problems regarding inequality were finally addressed in the Married Women’s Property Act 1882. This played an important role in removing these restrictions and the act further went to force the English courts to recognise that a husband and wife are two separate entities, allowing a wife to:

Whilst most of this act has long been repealed, it remains an important catalyst for the much needed change at this time in the history of women. It is uplifting that legislation following this Act has continued to progress forward and build on this. I am hopeful that further improvement and development can still be made to strive for gender equality.