HJA backs Housing Justice and Act for the Act

Crisis? What crisis? The Housing Crisis appears to be dominating much of the discussion in the mainstream media and also on the political scene. The growing number of homeless people, shortage of affordable housing and the cost of private renting were just some of the issues discussed at the recent Housing Justice Roadshow event held in London, chaired by the Bishop of Rochester Rt Revd James Langstaff.

Housing Justice is a national charity voicing Christian concern for the need for action on the housing crisis. The Housing Team at Hodge Jones & Allen attended the charity’s London Roadshow in October 2015, offering expert legal input to delegates.

The Roadshow proved a great success, where churches and voluntary organisations were envisioned about what can be done on the ground to help those in need of a roof. One of the biggest problems facing the country today is the increasing number of homeless people who are unable to find affordable housing and the slow pace of building new homes in order to meet the current demands. Taking in to account also the fact that buying a home is also increasingly difficult with the charity Housing Crisis advising that the average home costs seven times the average salary.

The knock on effect is that a lot more people are entering the private rent sector. In a recent article in The Guardian, it was highlighted that the average rent paid by private tenants for England and Wales reached a record high of £816 for the month of September coupled with the fact that the average house price for the UK had soared to a record peak of £284,000 for the month of August. The increase in average rent means it is becoming increasingly more difficult to get on to the property ladder not only in London but across the country.

So what can be done to resolve these problems? Some ideas were exchanged at Housing Justice Roadshow event such as using surplus church land to create cost effective housing which would stay affordable in the long term. We discussed the launch of a campaign to create a national register of landlords so that it can be easier to prosecute those in breach of their duties. Whatever the solution action needs to be taken quickly and efficiently so that future generations are not facing the same problems we are experiencing today.

The charity Housing Justice has a long history of seeking to protect the rights of the vulnerable and speaking up for those without a voice, and so it was a privilege for Hodge Jones & Allen to partner with them at the Roadshow in their pursuit of justice. Our firm is also in full support of the nationwide campaign Act for the Act, which has been launched recently in the light of political discussion about scrapping the Human Rights Act 1998. This Act has proved effective in protecting the rights to respect one one’s “private life…and home,” and there have been cases in our Team where we have sought to rely on this provision as a last attempt to protect clients’ homes. The national campaign has highlighted a dozen cases where individuals have relied on the Human Rights Act to protect themselves – such as Mark Neary who took action against his local council to bring back his autistic son to live with him after he had been removed.

So whether its partnering with a grassroots charity like Housing Justice or backing a national campaign like Act for the Act, our Team remains as committed as ever to play its part in upholding housing rights for all. 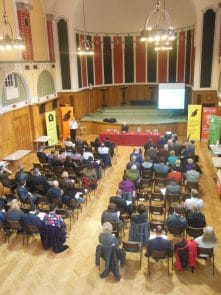 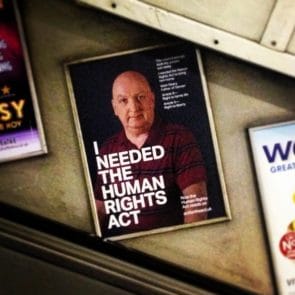 Our Social Housing Solicitors are backed by four decades of experience. Our legal practice and team of London Solicitors have a strong track record of achieving favourable client outcomes. For expert legal advice use our contact form or call us on 0808 231 6369 today.