Can I sue someone for defamation on social media?

In the case of statements on social media these could amount to libel.

What is the law? 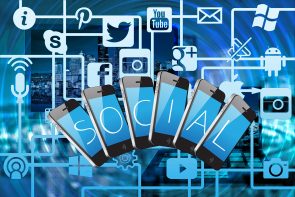 Defamation is based on common law, but has recently been codified by the Defamation Act 2013. In a case of someone making a statement about you on social media, you are must establish that the statement complained of is defamatory.

The assessment used is whether the statement made would lower you in the estimation of right-thinking members of society generally.

However, a statement is not defamatory unless its publication has caused or is likely to cause serious harm to your reputation (section 1(1) Defamation Act 2013). What amounts to ‘serious harm’ is decided by the courts.

What amounts to publication?

Publication includes defamatory statements made on social media. However publication will not be judged to have occurred if an email is unread or an unvisited webpage. There is not an automatic presumption in that something on the internet has been ‘published’.

At common law (subject to certain defences) every person who knowingly takes part in the publication of defamatory material may be liable for its publication. This means you could potentially have a claim against someone who ‘shared’ or re-posted a defamatory statement written by another.

Who can I bring a claim against?

You could potentially bring a claim against the person who wrote the statement or against a person who went on to publish it further by ‘sharing it’.

Who is the claimant?

Any one bringing a case for defamation must prove that the words complained of were about them – this can be straightforward if you are clearly identified or ‘tagged’ in a social media post.

If this is not clear, the general test the court will apply is whether reasonable people would understand the words to refer to the claimant

Only a person who has been defamed can sue, this means you cannot bring a claim on someone else’s behalf, for example someone who has died.

Companies or limited liability partnerships can also bring actions in defamation to protect their business reputation.

What are other causes of action?

If you have been subjected to defamatory statements made about you in social media you may have legal actions in addition to a claim in defamation, this can include malicious falsehood, breach of confidence, misuse of private information and harassment.