Can I claim ongoing financial maintenance from a partner if we were not married?

The false notion of a ‘common law marriage’ existing in UK law is a widespread one. According to a poll conducted this time last year by Resolution, a national organisation of family lawyers, two-thirds of people in unmarried cohabiting relationships were unaware that there is no such thing as a common-law marriage. 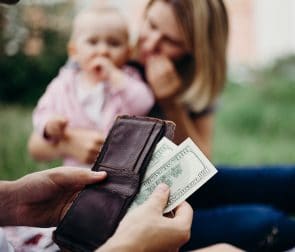 In other words, unaware that in the event of a breakdown of their relationship, their rights are severely limited when compared with those of a married couple upon divorce, regardless of the length of the relationship or any periods of cohabitation.

In fact, there are essentially no provisions that allow for or require any financial support for an unmarried partner by their ex post-separation, regardless of the particular circumstances of their relationship.

How does child maintenance work with unmarried couples?

The only provisions that exist for financial maintenance between unmarried partners are in relation to children and the law remains limited.

Any financial claims for child maintenance can only be brought under the Child Support Act 1991 or Schedule 1 of the Children Act 1989. However, this will only apply during the period of dependency.

This is not the only area in which unmarried partners have limited rights when compared to their married counterparts. In the event of the death of an unmarried partner, they will have no automatic right to benefit from their partner’s pension unless they are specifically named.

Further, the surviving partner has no legal right to the estate of the deceased under intestacy rules.

Unmarried couples may be able to make a claim for financial provision from the estate of the deceased partner under the Inheritance (Provision for Family and Dependants) Act 1975, provided they were cohabiting for a period of 2 years prior to the death.

In essence, however, the law treats unmarried partners as separate individuals rather than a cohesive unit.

What this means for unmarried couples.

According to the Office of National Statistics, there are approximately 3.2 million unmarried couples in the UK. This clearly reflects a trend in society towards more modern norms where couples are increasingly opting simply to not marry.

If you are unmarried and decide to remain so, it is important to understand your rights and not to be under any illusion as to your legal standing in the event of death or breakdown of your relationship.

If you would like an advice from a specialist family lawyer please call 0808 231 6369 or request a call back online.